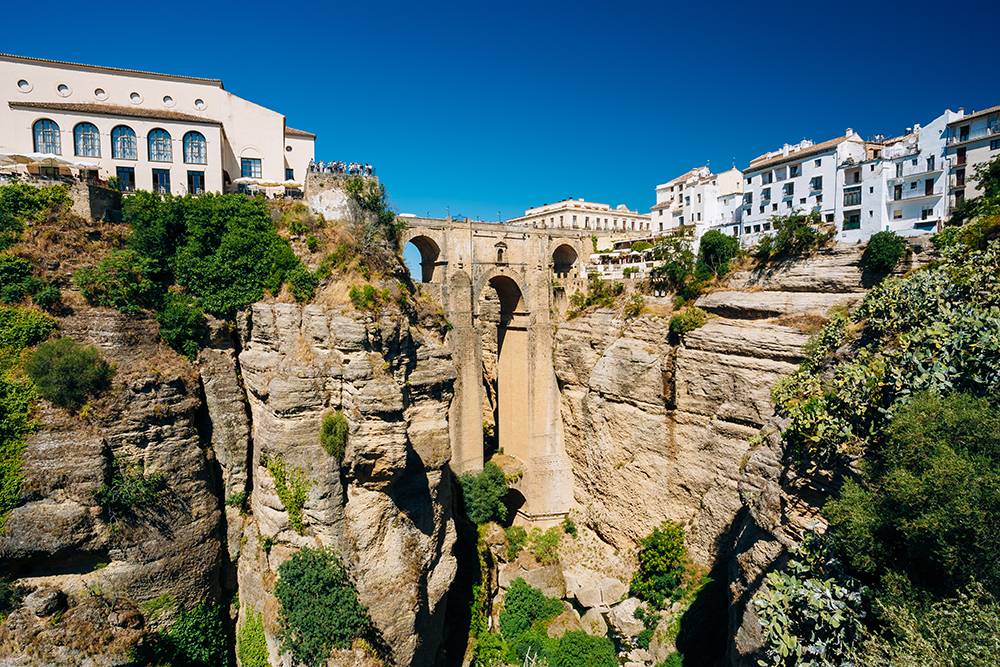 One Day Trips from Marbella

The 2020 coronavirus pandemic might leave you unsure about when and where to travel. At the moment there are travel restrictions between countries and inside of Spain. But don’t worry! When the borders are open again, you will be prepared for wonderful and inspiring trips! Because we will suggest you some of the top 1-day trips from Marbella that will help to restore your mind and make you happy.

The UNESCO World Heritage has listed Alhambra Palace as one of the beautiful royal palace (dating to 9th century, the era of Muslim Spain) that showcases stonework, detailed ceiling and Muslim – style architecture.

You can now explore the luscious garden of this famous military fortress (now turned into the royal palace) during the day while wearing a mask. Wink! Wink!

Day Trip to Ronda from Marbella

Do you relish history & rich heritage? Then book yourself for a full – day private tour to explore Ronda’s Spanish heritage.

The place gives you the mesmerizing view of iconic places & museums like:

Gibraltar is a British Overseas Territory and headland, on Spain’s south coast. It’s dominated by the Rock of Gibraltar, a 426m-high limestone ridge.

Aerial view of the Rock of Gibraltar.

Gibraltar is a well-known for its VAT-free shopping. Most of Gibraltar’s retail establishments are located in Main Street and the surrounding area. Stores along this pedestrian-friendly thoroughfare sell everything from clothes to locally produced crystal.

The comprehensive look of Gibraltar gives eye-pleasing views of nature reserves and other unique highlights like:

And don’t forget about the local monkeys – Barbary macaques. Originally from the Atlas Mountains and the Rif Mountains of Morocco, the Barbary macaque population in Gibraltar is the only wild monkey population on the European continent. They will wander with you when you are shopping and browsing the streets.

If you are a trekking lover, then follow the way of the wooden boardwalk of El Caminito del Rey that helps you to absorb spectacular views of rugged rock formations, Lake Guadalhorce, Hoyo valley and much more.

Places to Eat with Children in Marbella

Places to Eat with Children on Costa del Sol