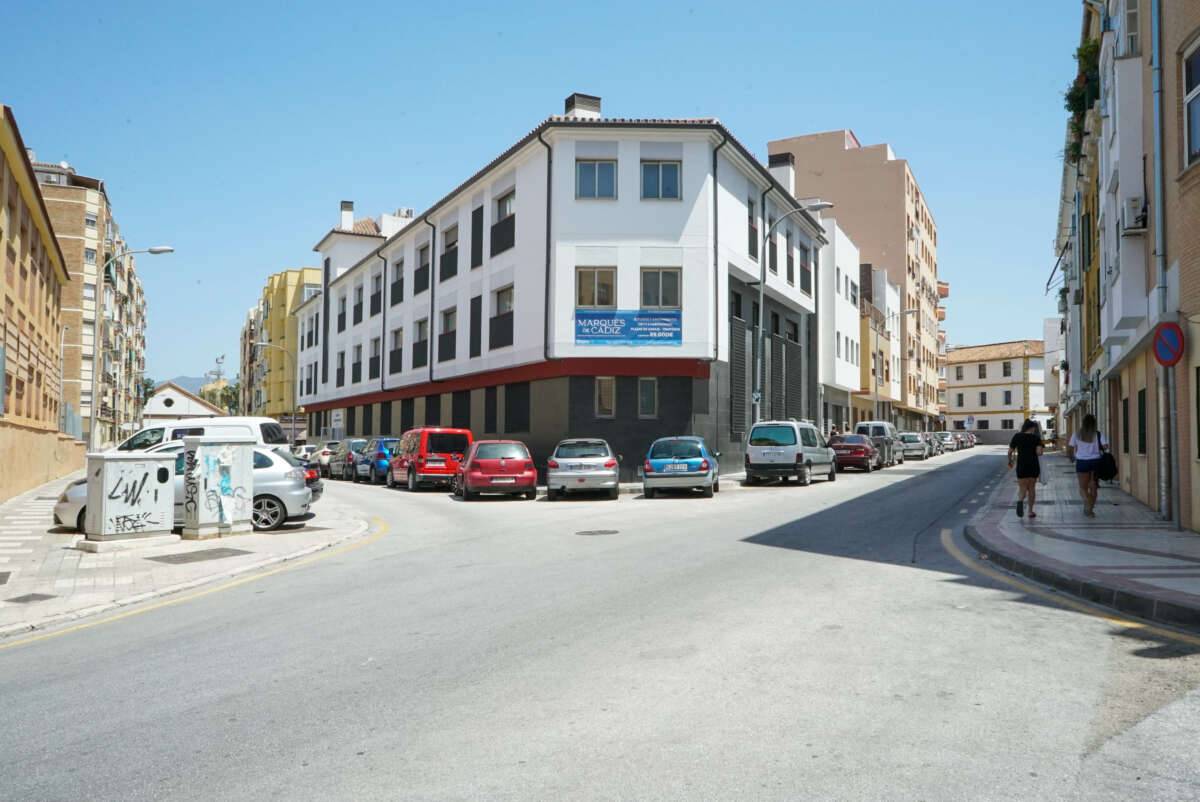 Two bedroom apartment, a house full of natural light with a modern and durable design that
offers you the comfort of living in the center of a big city having all the services at hand, close
to shops, schools and 8 minutes from the University and 15 from the Historic Center.
Newly completed building with excellent construction.
The house has a total built area of 66m2 distributed in an entrance hall, an independent kitchen
equipped and furnished with all white-finished appliances, a large living room, two bedrooms
and two bathrooms.
The apartment is in excellent condition, with installation of hot / cold air conditioning, washer /
dryer and sink, built-in wardrobes, wooden flooring, stoneware floors in bathrooms.
Storage rooms are sold in the same building for three thousand euros (€ 3,000)
It is perfect as an investment, a high rental profitability is estimated.
For more information, do not hesitate to contact us, we will be happy to assist you. We have 46 homes in this recently completed development, studios and apartments with 1 and
2 bedrooms,
Prices range from € 112,000 to € 228,000
Malaga is a city and municipality of Spain, capital of the homonymous province and located in
Andalusia, in the south of the country.
With a population of 574 654 inhabitants as of January 1, 2019, Malaga is the sixth most
populous city in Spain, the second in Andalusia and the forty-sixth in the European Union, as
well as the largest of those that are not Autonomous capitals In the same way, it is the largest
coastal city with the most inhabitants in southern Spain.
In addition, it is the most densely populated urban area of the conurbation formed by the set of
towns that are located along 160 km of the Costa del Sol10 11 and the center of a metropolitan
area that exceeds its municipal limits and includes other 12 municipalities with a total of 987
813 registered inhabitants. Malaga is estimated to be the fifth largest metropolitan area in Spain.
It is located at the western end of the Mediterranean Sea and in the south of the Iberian
Peninsula, about 100 km east of the Strait of Gibraltar. Its municipal term occupies an area of
398.25 km2 that extend over the Montes de Málaga and the Guadalhorce Valley. The city is
located in the center of a bay surrounded by mountain ranges. Two rivers, the Guadalmedina
and the Guadalhorce, cross it, ending in the Mediterranean.